The leader of the Department of Homeland Security’s border agency insisted Monday that the agency did not break the law, even though an independent government watchdog recently found that it is in violation of federal law for failing to collect DNA from those in its custody.

“I want to clarify one of the false narratives out there that DHS — because this really is a DHS issue — has violated some law by not doing this,” Acting Customs and Border Protection Commission Mark Morgan said when pressed by Fox News at a White House briefing Monday. “And that’s just factually inaccurate.”

In August, the Office of Special Counsel sided with three CBP whistleblowers, first profiled by Fox News, who said the border agency failed to collect DNA and run it against an FBI database for violent crimes. The goal: to identify individuals whose DNA links them to open cases — including rape, even murder.

Federal investigators rejected CBP’s argument that an Obama administration waiver was valid — based on resource limitations — a decade after the fact. Morgan cited that waiver Monday.

“So, the Attorney General has stipulated there’s a waiver, and he’s allowed the Secretary of DHS to decide whether they want to apply that waiver,” Morgan said. “And this was done under former Secretary Napolitano for a whole host of what I think are legitimate operational concerns and budgetary issues of why they granted that waiver.”

In a harshly worded report last, the Office of Special Counsel said the border agency put lives at risk, and had failed to fulfill its law enforcement responsibilities.

On Monday, at a briefing related to border security, Morgan said “we need to take a look at this” but said there was no definite timetable to move forward.

“So, we don’t have a time because there’s a lot that goes into that,” Morgan said, adding multiple agencies are involved, and DHS need to figure out “the most appropriate” way to proceed.

CBP REBUKED BY WATCHDOG, WHISTLEBLOWERS FOR ‘FAILURE’ TO COLLECT DNA FROM MIGRANT DETAINEES

He added: “We’re going to do this in a very meaningful, thoughtful way.  And when we’re ready to actually execute it effectively, then that’s when we’ll do it.”

This comes after Fox News recently obtained an internal memo, sent less than 24 hours after the Special Counsel findings were public, that showed mixed messages about the border agency’s willingness to accept the findings — as well as future compliance with the 2005 federal law.

On August 21st, the federal government’s Office of Special Counsel sent a letter to President Trump and Congress saying that the CBP had been in violation of federal law for nearly a decade by failing to collect DNA from illegal migrants and running it against an FBI violent crimes database.

That same day, Aug. 21, the Department of Homeland Security responded to Fox News by suggesting changes were in the works, saying they are “working closely with the Department of Justice on a path forward for DNA collection.”

But an internal DHS memo – sent within minutes of the DHS public statement – appeared to challenge the Office of Special Counsel findings and raised questions over the department’s future compliance.

The one-page internal memo from a CBP spokesperson to the public affairs shop and other officials for “principals out doing media” outlines five “high-line talking points” that were “cleared by CBP Counsel.”

“The bottom line is that we – the U.S. government – are doing DNA testing,” the talking points state. “When CBP makes a criminal referral, meaning an alien with a warrant or someone who has committed a crime in front of us, we turn them over to ICE or the U.S. Marshals, and those entities do DNA collection.”

It continued: “So we believe the government is doing DNA testing on the right people.”

The internal memo talking points conflicted with the Office of Special Counsel report, which found CBP’s “noncompliance with the law has allowed subjects subsequently accused of violent crimes, including homicide and sexual assault, to elude detection even when detained multiple times by CBP or Immigration and Customs Enforcement [ICE].”

In response to the conflict between the public statements, and internal DHS memo, a DHS official said, “DHS component office of public affairs teams are fully aware of the Department’s position given to the media regarding DNA for CODIS and path forward.” CODIS is shorthand for the FBI’s Combined DNA Index System for violent crimes.

The whistleblowers, Mark Jones, Fred Wynn, and Mike Taylor said some agency officials believe they have broad discretion to enforce laws passed by congress, adding some within the agency feared legal exposure from American families whose relatives were killed or hurt by illegal migrants whose DNA was not collected.

Catherine Herridge is an award-winning Chief Intelligence correspondent for FOX News Channel (FNC) based in Washington, D.C. She covers intelligence, the Justice Department and the Department of Homeland Security. Herridge joined FNC in 1996 as a London-based correspondent. 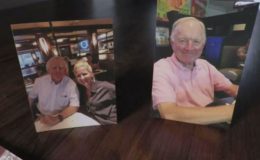 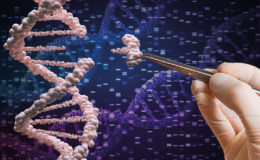 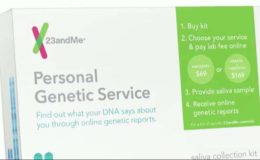