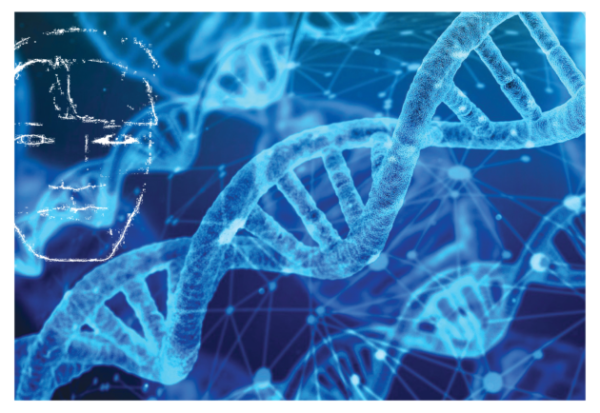 For decades, even if authorities had a DNA sample the only suspects they could identify were people who had already passed through the criminal justice system – mainly convicted felons and people who had been arrested for certain crimes.

But now, with the advent of forensic genetic genealogy, investigators can tap into a whole new database: one in which users – typically middle-aged with disposable income – willingly send their DNA to a private company to learn more about their heritage, long lost relatives and family ties.

Investigators are using that database to track down suspects whose DNA has not made its way into the criminal records.

“These are the people who are married, they barely get a traffic ticket,” said Kyle Hartsock, special agent in charge of the Crime Strategies Unit of the 2nd Judicial District Attorney’s Office. “No one knows and they generally can get away with this stuff because their life may be a little more stable in those areas so they’re not running into those other felony cases.”

On Christmas Eve afternoon of 2015, a woman jogging in the bosque was violently raped. Last week investigators with the District Attorney’s Office and the Bernalillo County Sheriff’s Office arrested Gurule, now 23, at his parent’s home, less than half a mile from the site of the attack.

Although he had been named as a suspect in an earlier sexual assault, his DNA had not been collected to be put into a law enforcement database. Otherwise, his only other court record is a speeding ticket.

Last week the District Attorney’s Office announced that Gurule is, as far as anyone knows, the first suspect identified using forensic genetic genealogy in New Mexico.

Investigators took DNA from the woman’s rape kit and submitted the sample to GEDmatch, an open source database site that analyzes user information from many different genealogy sites. Eventually they used DNA matches from the site to zero in on Gurule.

It’s a strategy that has some in law enforcement champing at the bit, excited to take on new cases.

However, defense attorneys and civil rights advocates have expressed some concern. It’s unclear who Gurule’s lawyer is and his next court hearing is this week.

“I have been thinking about this,” said Chief Public Defender Bennett Baur, with the Law Office of the Public Defender. “We support science that accurately identifies perpetrators, but there’s a long history of the use of science in the courtroom that has been found to be flawed in its application, for instance bite mark analysis, polygraphs, photo lineups. A lot of those things in practice are flawed because of the ways they’re implemented.”

In May, after considerable media and law enforcement attention, GEDmatch changed its policies so users have to “opt in” to allow their information to be viewed by investigators.

Forensic genetic genealogy had emerged as a law enforcement tool about a year earlier in 2018 when authorities announced an arrest in a 40-year-old cold case in northern California.

Detectives identified Joseph James DeAngelo, a former police officer in his 70s as the Golden State Killer by uploading his DNA into GEDmatch, finding his distant relatives and working backward through their family trees to find him.

Since then about 60 violent crimes around the country have been solved using GEDmatch, according to CEO Brett Williams of Verogen, a for-profit company that bought the site late last year. He said the database includes about 1.3 million users. He didn’t respond to questions about how many users have chosen to allow law enforcement to access their information.

The 2nd Judicial District Attorney’s Office began its Albuquerque investigation in June so everyone it found through the site had consented to be contacted by law enforcement. Most were eager to share what they knew.

“I will note that we were very careful in terms of only working with open source databases that have changed their privacy policies so that only individuals who have opted in and allowed law enforcement access (show up),” District Attorney Raúl Torrez said. “I think that was critically important.”

And in November the Department of Justice issued its interim policy on forensic genetic genealogy investigations, saying the technique must be used in “a manner consistent with the requirements and protections of the Constitution and other legal authorities.”

The policy states that genealogy research should not be considered the only basis for an arrest and a case requires additional investigative work, including collecting the identified suspect’s DNA and uploading it into Combined DNA Index System (CODIS) to see if it’s a match.

Furthermore, the DOJ says genealogy research should be used only in an unsolved violent crime, meaning any homicide, sex crime or other serious and criminal offenses authorized by a genealogy service.

The policies apply to federal investigations as well as those by state or local agencies that are funded by a federal grant.

“We’re not bound by it,” Torrez said. “But as a matter of practical policy since it’s the first time we’ve done it we talked about doing this and said let’s just adhere to DOJ guidelines so we don’t cast a net that is too wide in terms of going after cases that we shouldn’t.”

These policies are not enough to totally ease the concerns of defense attorneys and civil rights advocates.

Although no one from the American Civil Liberties Union of New Mexico was available for an interview on the subject, nationally attorneys for the organization have written opinion pieces urging lawmakers, the courts and law enforcement to ensure people’s rights to privacy aren’t violated.

And others worry about the privacy of people who are mistakenly zeroed in on through a genetic connection, even if they are eventually ruled out through subsequent DNA collection and testing and never charged.

For instance, in Gurule’s case another relative could have been surveilled if he had the same relationship to the person who had uploaded information on GEDmatch. Gurule was confirmed to be the suspect only once agents followed him to the hospital, collected DNA from a cup he had discarded and tested it against the rape kit.

“The question is how many people’s trash are you going to be going through,” Baur said. “What other steps are they going to take to gather evidence on people who are incorrectly identified. … Some of these DNA tools can be interesting and useful but with great science comes great responsibility. This has to be used in a way that does not harm people’s real feelings of privacy and security.”

Amy Sirignano, who runs her own law firm, said that as an emerging technology forensic genetic genealogy raises a lot of questions.

Although this is the first case in New Mexico using forensic genetic genealogy, authorities say they expect it won’t be the last.

Torrez said he’s hopeful that the technique could be used to solve homicides, as well as cases that were mired in the state’s rape kit backlog. In 2016, then state auditor Tim Keller announced New Mexico had the highest rate of untested rape kits in the country and in Albuquerque alone there were 3,948 kits – some dating as far back as 1988 – that hadn’t been tested.

Law enforcement has been steadily whittling that down, and a spokesman for the DA’s office told the Journal in November that so far more than 2,800 cases have been screened for prosecution and 16 cases between August 2010 and January 2017 have resulted in charges.

“Frankly where we think the biggest potential for this is working with the Albuquerque Police Department and the sex crimes unit,” Torrez said. “They’ve been working through that backlog and there are going to be a subset of cases that are tested there, that have sufficient DNA and we think this particular approach would make sense.”

He said his office has been negotiating with APD for months to figure out how to start testing other cases.

“It’s probably too early for us to know how many are in that universe but I would imagine that there may be a dozen or more of these types of cases that might be eligible,” he said.

In response to questions about whether APD has started looking at its cases to see which could benefit from the technique, spokesman Gilbert Gallegos wrote in an email: “I am not aware of the use of forensic genealogy at APD.”

However Torrez did caution against giving victims false hope, saying it’s not going to work out in every case.

“Just because we were successful here doesn’t mean that every case is going to be open to this new technique,” he said. “I don’t want to create any false hope for any victims or their family members who are in the unfortunate situation of being part of a cold case investigation.”

And although Torrez hasn’t uploaded his own DNA into a genealogy site, he did admit his mother has.

“I am one of the few people I know who hasn’t done it,” he said with a laugh. “If I do it I’ll check the box that says law enforcement is free to use it.”

Could forensic genealogy be used in one of the state’s most notorious cases?
When the District Attorney’s Office announced in the summer of 2018 that it no longer had reason to believe 10-year-old Victoria Martens was killed by her mother and her mother’s boyfriend – and that a mysterious stranger was responsible instead – one of the key pieces of evidence that emerged was a partial DNA sample found on the little girl’s back.
However, this DNA can not be traced through forensic genetic genealogy since the commercial services need a complete sample in order to do their testing.”That was literally one of the first questions I asked,” District Attorney Raúl Torrez said. “The sample size that we have in that case is too small to do this kind of technique.”

How To Argue With A Racist review: Adam Rutherford’s new book is ‘enthralling and illuminating’ – Daily Mail

How To Argue With A Racist review: Adam Rutherford’s new book is ‘enthralling and illuminating’  Daily Mail 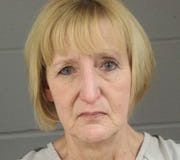