When Alex Yiu was born 14 years ago, he seemed like a typical healthy kid. But when he turned 2, his mother, Caroline Cheung-Yiu, started noticing things that were amiss — first little problems, then much bigger ones.

As Alex’s health slowly deteriorated, Caroline and her husband, Bandy Yiu, set off on what has become known among families like theirs as a “diagnostic odyssey.” This ended up being a 12-year quest that ended after a lucky accident.

As part of her quest to understand Alex’s illness, San Diego-area resident Cheung-Yiu documented Alex’s early life in a brief video, which she played for me at the Global Genes Summit, a meeting of families facing similar challenges.

Early in the video, Alex is an active, chatty boy at his kindergarten open house, playing on a jungle gym and sliding down a slide. But over the next 12 months, the video documents Alex as he becomes increasingly clumsy and unstable on his feet.

“By first grade, at 6, he stopped walking,” Cheung-Yiu says. The muscles in his trunk got progressively weaker so he had to be braced in his wheelchair.

“And here he’s losing arm control,” Cheung-Yiu says as she watches the video on her phone. “And his speech is going.”

Doctors ran test after test but couldn’t figure out what was wrong. His parents found three different sets of researchers willing to sequence his DNA. But no mutation stood out to explain his failing health.

In 2017, one of his lungs collapsed. He now needs a device called a BiPap ventilator to breathe and requires around-the-clock care at home.

I ask Cheung-Yiu if it’s hard to watch the video. “Yes and no,” she says. “He used to be able to walk and talk and now he can’t. But we try to focus on the ‘now’ and what we can do to make his life the best it can be.”

At the Global Genes meeting, Cheung-Yiu tells the audience how that video also helped her solve Alex’s mystery. When she played it for doctors and researchers over the years of her diagnostic odyssey, they frequently became engaged in this heart-wrenching medical mystery.

One of those many connections finally paid off.

“It was actually by chance that he got diagnosed,” she says.

Alex’s DNA had been sequenced and analyzed in 2012 by a nonprofit institute in Phoenix called the Translational Genomics Research Institute, or TGen. Scientists at that time couldn’t pin down a cause, but they kept his DNA data on file.

Then in September of last year, scientist Keri Ramsey at TGen says her boss asked her to reanalyze one patient’s DNA in preparation for an appointment. But his request had a typo.

Earlier this summer, Alex and his family attended the Wings of Freedom Tour at Palomar Airport in Carlsbad, Calif. Caroline Cheung-Yiu 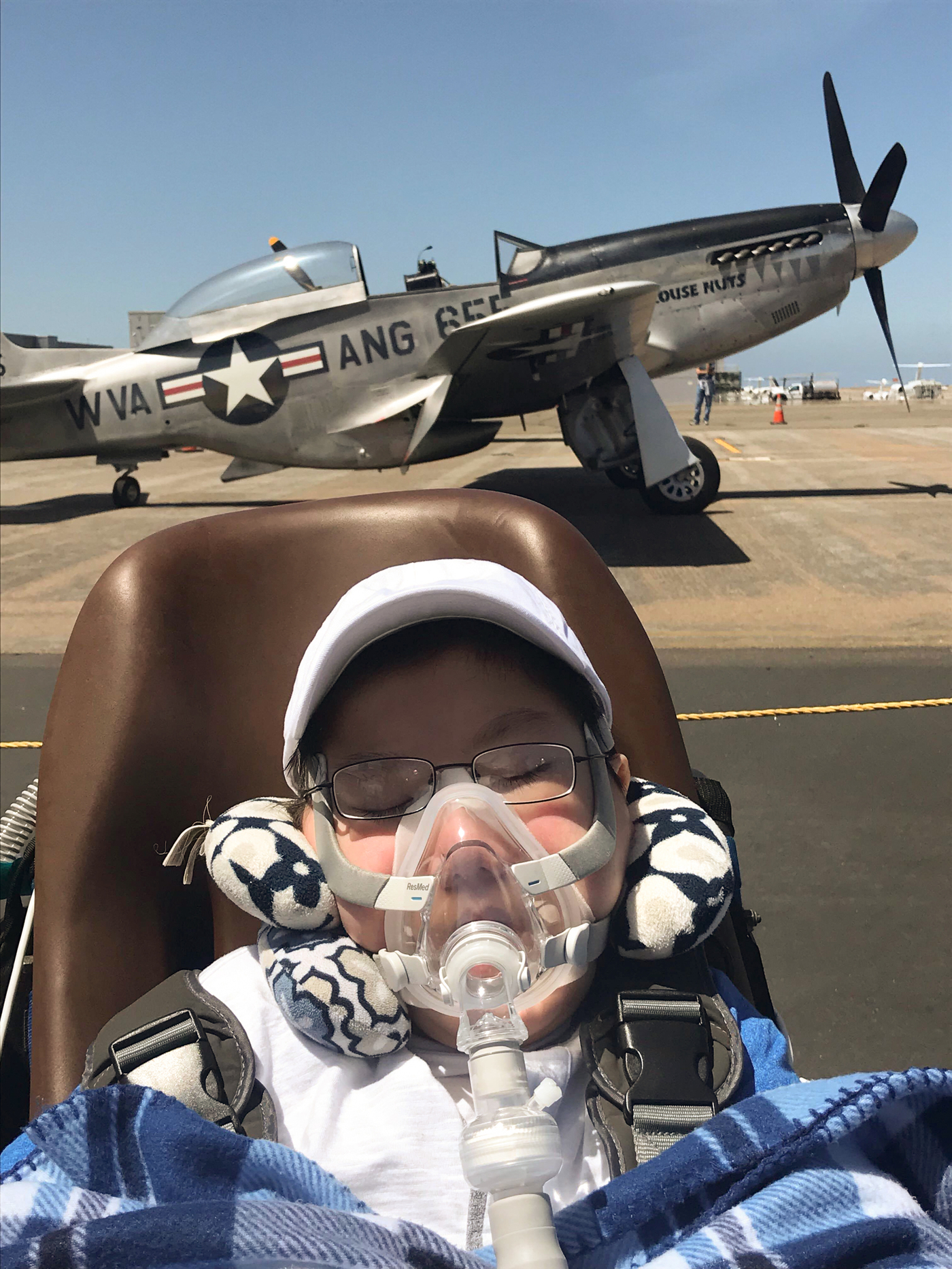 Earlier this summer, Alex and his family attended the Wings of Freedom Tour at Palomar Airport in Carlsbad, Calif.

“Instead of asking for the patient he was seeing in his clinic, he put down Alex’s family number,” Ramsey says.

There are thousands of cold cases like Alex’s. The databases cataloging genetic diseases are constantly being updated. As a result, scientists know that any particular analysis quickly gets out of date, but they don’t have the time and the brainpower to recheck their findings frequently.

“It’s a problem we’re trying to solve across the world right now,” says Ryan Taft, vice president for scientific research at Illumina. His company is the dominant manufacturer of gene-sequencing instruments. It also helps a small number of families each year, including Alex’s, who are on a diagnostic odyssey.

Ryan says the challenge used to be simply to generate genetic information. But DNA sequencing has become blazing fast, and the price has come down to the $1,000-per-genome range. The challenge now, Ryan says, “How do we analyze it and come back and requery it?”

Eventually, the analysis will become automated, so that updates of cold cases can be run every night, Ryan says. But the technology isn’t there yet. “Alex is a beautiful example of why we need to solve that problem as quickly as possible.”

Indeed, last year when Ramsey by happenstance ran the analysis again, one of Alex’s DNA variants (called IRF2BPL) matched up with disease in the database.

“I looked over at the disorder that was associated with this gene and it fit Alex’s set of symptoms,” Ramsey says. “And I was completely shocked. Why did we miss this? What was going on here?”

It turns out that a freshly published research paper had been cataloged in the genetics database and had drawn a link between Alex’s symptoms and a particular mutation that he carried.

“I immediately went into the medical director and I said, ‘I think I know what’s wrong with Alex!’ ” Ramsey says. “And he [asked], ‘Why did you go back and analyze Alex’s data?’ and I said, ‘You asked me to!’ ”

The news got back quickly to Caroline Cheung-Yiu and her husband.

“We got a call from our neurologist and they said, ‘We found it,’ ” she says. And suddenly — unexpectedly — their diagnostic odyssey had come to an end.

The information has been a huge relief for her, though the practical value is limited. “The day in and day out care and what’s going on with him is the same,” she says. “However now I can say this is the gene that’s causing it. Then we can target that and look into that.” 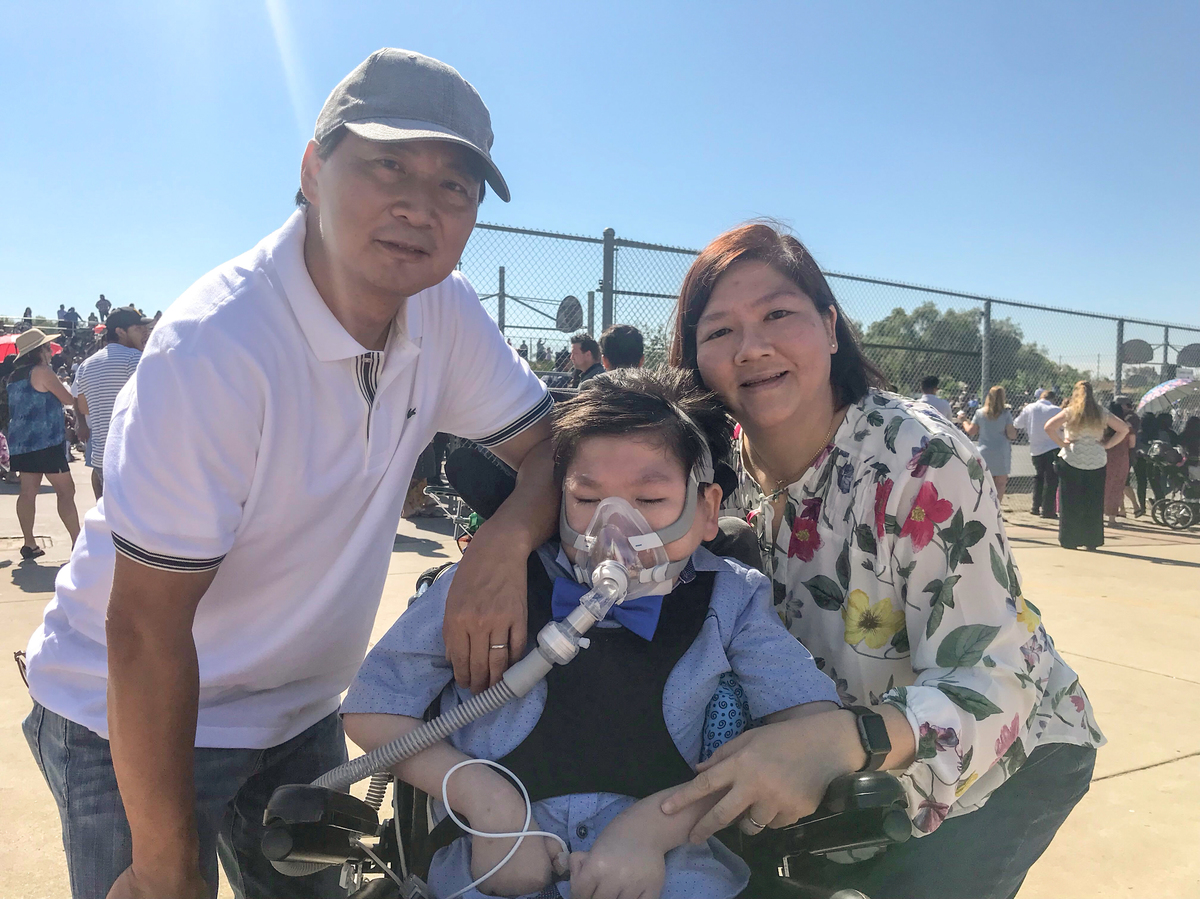 Alex Yiu with his parents, Bandy and Caroline, at Alex’s middle school promotion in June.

The discovery may or may not help Alex. “At this point he’s so sick I don’t think it’s reversible,” she says, “but if there’s something can relieve his symptoms to make his quality of life a little bit better that would be great.”

And her family is not the only one to benefit. Cheung-Yiu has found about 20 other families in similar circumstances and built a support group to help the other parents who are going through what she is. They now have a better idea what to expect.

You can contact NPR Science Correspondent Richard Harris at rharris@npr.org.

DNA: How much power is in China`s claims of `corona-victory`? – Zee News

DNA: How much power is in China`s claims of `corona-victory`?  Zee News