The Loch Ness monster has haunted a deep Scottish lake for more than 1,000 years — in imagination, at least.

But a scientific survey of the waters of Loch Ness found it contains no traces of “monster” DNA at all, adding weight to the already-likely prospect that “Nessie” doesn’t really exist.

Geneticist Neil Gemmell of Otago University in New Zealand said an environmental DNA survey of Loch Ness saw no signs it was home to any giant reptiles or aquatic dinosaurs – a theory sometimes used to explain the mysterious monster, which has reportedly been seen several times since the 1930s.

Gemmell said the survey revealed DNA traces of more than 3,000 species living beside or in Loch Ness – including fish, deer, pigs, birds, humans and bacteria.

But “we did not find any giant reptiles; we didn’t find any reptiles at all,” Gemmell told Live Science. “We tested a variety of ideas about giant sturgeons or catfish that might be here from time to time, but we did not find those either.”

“Out of the 250-odd water samples that we took, pretty much every single sample has got eels in it,” he said. “But are they giant eels? I don’t know,” he said.

The Loch Ness monster first appears in a legend from the sixth century, when the Irish monk Columba — later a Catholic saint — is said to have stopped Nessie as it was attacking a swimmer, by invoking the name of God and ordering the monster away.

The legend of a monster in the vast Scottish lake — one of the largest in Britain, containing more than 245 billion cubic feet (7 billion cubic meters) of fresh water — survived until the 1930s, when a Scottish newspaper reported on a Nessie sighting.

A few years later, a London newspaper published a famous photograph of the alleged beast in Loch Ness. But the photograph was later found to be a hoax that used a toy submarine fitted with a fake “sea serpent” body.

Related: Real or Not? The Science Behind 12 Unusual Sightings

Later efforts to track down the Loch Ness monster failed to find anything, including a sonar search in 2003, BBC News reported.

But the story of the Loch Ness monster has grown with its telling. A small tourist industry has built up around the monster at the village of Drumnadrochit on the shores of Loch Ness — and sightings of the monster are still reported today.

Gemmell said two sightings of the purported monster were reported at Urquhart Castle beside Loch Ness a few days before the survey began.

“We immediately sampled there as soon as we arrived,” he said. “So you would like to think that, if there is something there, that we might have nabbed it.”

The scientific team surveyed Loch Ness in June 2018, taking more than 250 water samples from the surface and depths of the lake over a two-week period.

They then amplified tiny amounts of the genetic material DNA in the samples to detect different plant and animal species, from cells they had left in the waters of the loch or in water that had run off from the land nearby.

Gemmell said the samples showed which animals and plants had interacted with the local environment in the previous 24 to 48 hours.

“These big bodies of water are very nice ways to understand a larger dynamic landscape,” he said. “[Environmental DNA] is a very powerful and surprisingly elegant way to understand our rich world.”

The hunt for the Loch Ness monster, Gemmell explained,gave the team a chance to showcase environmental DNA techniques to the world.

“We have used the monster as the bait on the very big science hook,” he said. “As soon we talked about doing it in Loch Ness, we had a platform on which to communicate our science in a way that we never have been able to communicate it before.”

He admits that he was skeptical about the existence of the Loch Ness monster even before the survey was carried out, but said the result left a very slim chance that it could still be real.

“Right from the get-go, I said I don’t believe in the monster — and that is still my position,” Gemmell said. “But wouldn’t it be amazing if I was wrong?” 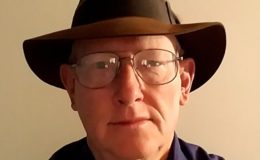 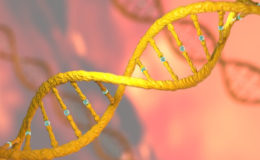