Out On a Limb: Causes of death 100 years ago – Wilkes Barre Times-Leader 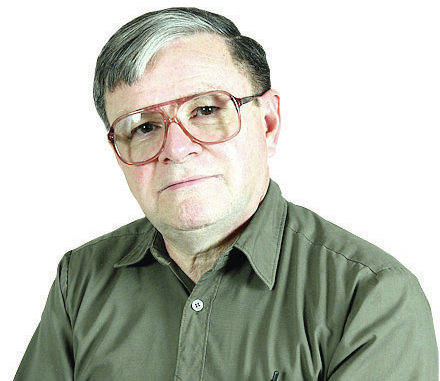 
Tom Mooney Out on a Limb –

They were the first and last of 125 people in the Wilkes-Barre area in 1919 who were killed in accidents. Some were the kind of accidents that could occur today. Others, like that of the MacNeal child, seem bizarre when looked at from our vantage point a century later.

Genealogists like ourselves feel bad when we uncover stories of ancestors who passed away before what we consider “their time.” That happens a lot because many people of a century and more ago came to the end of their lives by means pretty much unknown today.

Just last month Luzerne County released its annual mortality report. It was heavy on drug overdose deaths (107 with more pending) and suicides (45). The 1919 totals did not even have these categories.

So, apart from age and natural causes, what did our ancestors of a century ago die from?

The chief killer was the anthracite coal mining industry. By 1919, the Wilkes-Barre Record Almanac was no longer listing the embarrassingly numerous annual coal mining deaths in the county. But it couldn’t avoid noting that 92 men had died in the June 5 Baltimore Tunnel disaster at Wilkes-Barre’s East End.

There were probably a lot more. In 1916, the last year for the almanac’s mine listings, it reported 201 fatalities in the mines countywide. Railroading was apparently the second deadliest occupation, with 18 people killed, both employees and others struck by trains, often at road crossings.

Other causes abounded a century ago, also largely foreign to us today. The lingering Spanish flu, which was considered to produce fatal pneumonia, was suspected in nearly all of 120 people’s deaths. At least 127 babies were stillborn.

Home life must have been deadly for our ancestors in those days. Eighteen people were burned to death, less by house fires than by such causes as lamps exploding or stoves igniting their clothing. Three were electrocuted by touching live wires.

Drownings took another 18 lives a century ago, mostly those of younger people swimming in the Susquehanna River or in local “holes.” A few more perished while ice fishing when the ice broke or in boating accidents.

Then there were the deaths difficult to envision today, one of which was babies or very young children somehow falling into tubs of boiling wash water, or the 6-year-old boy fatally kicked by a horse.

The good old days? Well, at least in some ways, maybe not.

DNA News: The Pentagon has warned members of the military to avoid taking the home DNA tests so beloved of genealogists. In a memo last month, top officials say health information obtained via the tests has not been sanctioned by the Food and Drug Administration. Also, the Pentagon said, unauthorized third parties might get their hands on the DNA results and use them to track people.

Resources: FamilySearch checks in this week with lots of interesting free records. The biggest trove is more than 4 million from France. Other sizable batches are from various South American nations (hundreds of thousands) and from England. They’re all available at www.familysearch.com, the online data base sponsored by the Church of Jesus Christ of Latter-Day Saints (Mormons).

Tom Mooney Out on a Limb

Tom Mooney is a Times Leader genealogy columnist. Reach him at [email protected]

The social dillema? Here’s how you can get rid of that app addiction! – DNA India