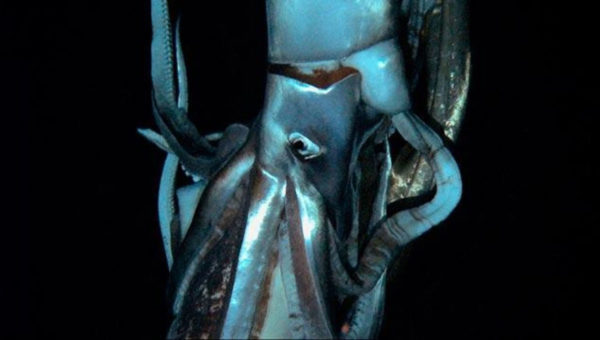 With gargantuan tentacles and the size of soccer balls, it’s no wonder the giant squid used to be thought of as a cryptid, but the most cryptic thing about it has been the DNA that makes it a monster.

The Kraken of myth and legend is a mollusk otherwise known as Architeuthis dux. There is nothing paranormal about it (though enormous things that lurk in the depths of the ocean often seem surreal), but its genome sequence has evaded science for years. This elusive creature has never been caught alive. There are some frozen museum specimens that periodically get defrosted for study, but even these haven’t revealed much about the creature’s biology. Now its genome has finally risen from the deep.

“The elusiveness of the species makes it difficult to study. Thus, having a genome assembled for this deep-sea–dwelling species will allow several pending evolutionary questions to be unlocked,” Rute R. da Fonseca of the University of Copenhagen, who led .

about giant squid is that they are obviously huge, with being a staggering 59 feet in length and weighing in at about a ton. They also have three hearts and possibly the most acute vision of any extant animal. Their copper-based blood, called hemocyamin, is an eerie blue. Food passes right through their brains. Squid and some other cephalopods, like cuttlefish, so fast that it almost looks like someone messed with the special effects.

Turns out the giant squid’s genome is just as enormous as the leviathan it spawned. It is believed to have 2.7 billion , each of which starts with two nucleotides (chemical bases)—adenine, thymine, guanine or cystosine. Adenine tends to pair with thymine while guanine pairs with cytosine. The double strands in the helix are held together by hydrogen bonds between the base duos. It works like human DNA, and that shouldn’t be much of a shock when you find out that the giant squid has 90% of the human genome. But how did it get to sea monster level?

“There does seem to be a tendency for deep-sea animals to get extremely large,” evolutionary biologist Richard Dawkins that attempted to unlock some of squid’s secrets.

Megafauna like the giant squid could have for the same reasons dinosaurs are thought to have become super-lizards. Dinos had almost unlimited space and food. Floating around in the vastness of the deep sea, giant squid have plenty of prey, few natural enemies and almost unlimited space to grow. Nothing on Earth is or ever was bigger than the blue whale (even the largest known dinosaur) because its massive energy needs reached a limit, but you never know.

How the giant squid’s DNA cluster is constructed, with an unusual distance between genes, suggests this species has a much more extensive size range than other animals. What remains unknown is the reason why there is so much distance. What the team does know is that the squid’s genome only had one copy of each of the most significant developmental genes found across the animal kingdom. Meaning, duplication of its whole genome is definitely not the reason this creature reached a size legendary enough to inspire the Kraken.

“With the release of this annotated giant squid genome, we set the stage for future research into the enigmas that enshroud this awe-inspiring creature,” da Fonseca and colleagues .

So while more genomic research needs to be done to demystify how this behemoth got to be so ginormous, the mystery is finally starting to break the surface.