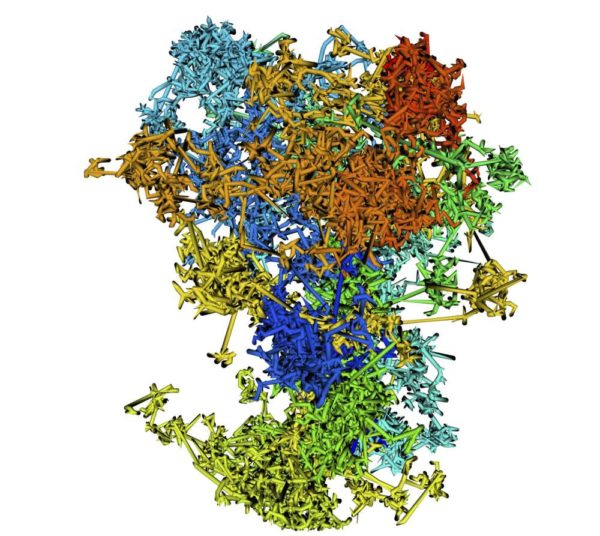 If you stretched out the DNA in a single cell of your body, it would be approximately 2 meters (6.6 feet) long, yet it packs into a space smaller than the width of a single hair. Just like travelers fitting their needs into a suitcase, some cells store the network of DNA, RNA, and proteins known as chromatin in ordered ways, while others are more chaotic. Sometimes which way a cell does it is a matter of life and death.

Professor Vadim Backman of Northwestern University compared the behavior of cells with neatly and messily packed DNA. In Science Advances, Backman reports that disorderly-packed cells are more flexible and can therefore better respond to external stresses that might otherwise damage them.

To be clear, Backman has not found any evidence that the status of your cell DNA is reflected in the tidiness of your possessions. Nevertheless, those of us who can’t pack a bag neatly to save our lives might be high-fiving at the analogy: disorder wins, right? Not so fast. While the chaotic might have its advantages, chaotic evil is truly dangerous.

The problem, Backman has found, is cancer cells with disordered chromatin are more likely to survive chemotherapy and other treatments.

“Cancer cells are masters of change,” Backman said in a statement. “They have to continuously adapt to evade the immune system, chemotherapies or immunotherapies. Abnormal chromatin packing drives cancer cells’ ability to do this.”

In a sample of patients with lung, breast, and colon cancer, those whose tumor cells had neatly packed chromatin were more likely to beat the disease than those with more disordered malignancies. Knowledge is power, however. Backman’s work could lead to treatments specifically targeted at cells with disorderly chromatin packing, or even ways to force cells to pack more neatly.

Those solutions are likely to be many years away. In the shorter term, simply knowing if a particular cancer’s chromatin is disordered could help doctors assess the patient’s survival prospects and choose the most appropriate option from existing treatments.

Backman believes he is revealing an understudied aspect of our biology. “Genes are like hardware, and chromatin is software,” he said. “And chromatin packing is the operating system.”

In the 67 years since the discovery of DNA’s structure, we have made amazing advances not only in understanding our genes, but being able to edit them. “The role of chromatin structure on gene expression, however, has remained a scientific mystery,” the paper’s co-author Professor Igal Szleifer added.

Two days after this publication, Backman had another paper in the same journal describing the tree-like folding structures chromatin uses to pack so much material into the cells’ tiny spaces.

The Legality Of DNA Testing In The Workplace  Forbes