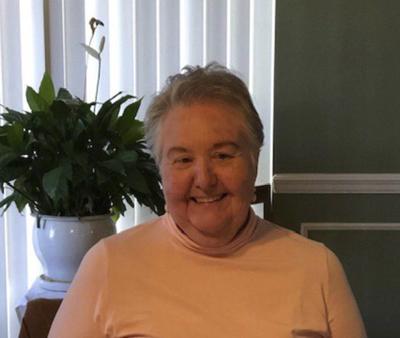 Doris Davies, a family history researcher, presented an informative program on DNA to the John Lee of Nansemond Chapter, Colonial Dames 17th Century.  Davies’ daughter, July´ Davies McGlamry, is a member of the chapter. Davies serves on the Thomasville Genealogical Library Board, located on the campus of Thomas University and is a member of Thomas County Genealogical Society. She has attended the National Genealogical Society Conference every year since 2004 and the Institute of Genealogical and Historical Research, an annual week-long symposium.

The title of her program was “DNA and Me.” She discussed what DNA is, its discovery, tests to use, companies that test and then what to do with the test results.

DNA (deoxyribonucleic acid) was identified in 1860 by a Swiss chemist, Johann Meischer. In the mid-1800s, Walter Fleming discovered a fibrous structure within the nucleus of the cell, which today we know as chromosomes. Walter Sutton developed the chromosome theory of inheritance. Fleming and Sutton first presented the theory that genetic material was passed from parent to child. Their work helped to explain Gregor Mendel’s observation of inheritance patterns over a century before.

DNA is used in genealogy research because it does not lie. Documents may lie purposely or unintentionally. It confirms documentary research and may provide a new location or surnames which can lead to documentary proofs of relationships where before no documents existed.

The five major testing companies are Ancestry, 23 and Me, Heritage, Family Tree and Living Waters. When testing with a company, be sure that you make your selection based on what you want to find out, the privacy of the company and ownership of your DNA. All companies provide you with contact information for test takers that match your DNA. Some test takers are not interested in genealogy as well as some may not want to share information with you. If so, then move on to the next match. DNA testing has become a popular gift item to friends and family members.

DNA only works by comparing one tester to another. It can confirm or eliminate ancestral lines as well as giving direction to research, but it cannot identify a specific ancestor by itself. DNA is only one piece of indirect evidence and when used with documentary evidence, can support a suspected line or identify unknown lines.

National Society Colonial Dames 17th Century is a heritage organization for women who can prove their ancestors came to America before 1701 and settled in one of the original 13 colonies. The chapter name, John Lee of Nansemond, comes from the chapter founder’s ancestor who settled in the original, now extinct, Nansemond County, Virginia, in the 1600s. The county was named for the Nansemond Indians.

Are you in favor of the U.S. House’s inquiry into impeachment of President Donald Trump?

Mr. Milwood Ashley Dekle, age 72, of Swift Street, Toccoa passed away Monday, January 6, 2020 in a single engine plane accident. Mr. Dekle was doing what he loved, flying – only second to his deep affection for singing. A son of the late Milwood Dekle and Frances Porter Dekle, he was born Ma…

Ollie Eugene Taylor, 76, of Ochlocknee, GA, passed away on Thursday, January 16, 2020. Funeral Services will be held at Whiddon Shiver Funeral Home on Saturday, January 18, 2020 at 3:00 pm with Pastor Gerald Horne officiating. Visitation will be held one hour prior to the service from 2:00 p…

Funeral services for Chance Jammal Kelley will be Saturday, January 18, 2020 at 4:30 p.m. at Disciples of Jesus Ministries. Public viewing will be today from noon to 6 p.m. Chance Jammal Kelley was born on August 31, 2000 to Wanjiru Howell and Christopher Kelley in Thomasville, GA. He moved …

Funeral Services for Ms. Elaine Thomas will be Saturday, January 18, 2020 at 1 pm at Pleasant Grove MB Church, 4072 Brayton Street, Ochlocknee, GA. Public Viewing will be today from 12 pm until 6 pm. Ms. Elaine Thomas was born May 24, 1949 to the late Evelyn T. Roberts and Earnest L. Roberts…

Can DNA be used as circuits in electronic devices? – The Jerusalem Post

What’s hiding in your DNA? Being informed and prepared for the unexpected critical to commercial genetic testing kits, says lawyer – TheChronicleHerald.ca