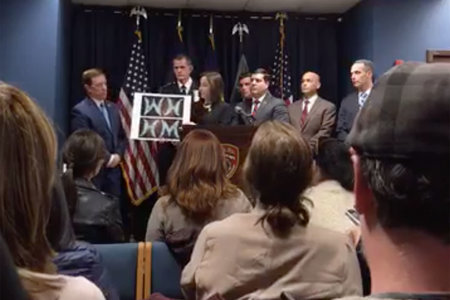 A photograph of a belt believed to be handled by the serial killer or killers possibly responsible for killing 10 people found around a Long Island beach over the course of one year has been released to the public as evidence.

The leather belt has the letters “WH” or “HW,” depending on how you look at the belt, embossed on it. Suffolk Police Commissioner Geraldine Hart announced at a January 16 press conference that the belt did not belong to any of the victims and that it’s believed it was handled by the suspect.

The belt was found along Ocean Parkway, near Gilgo Beach, during the “initial stages of this investigation,” Hart said.

When asked by reporters why the information was released now, Hart said that the investigative team is always assessing the importance of evidence and they decided that now was the time to release the image. She added police will not release the size of the belt.

Hart said she hopes the belt will generate new tips from the public. She also announced that the department has created GilgoNews.com, a website that is dedicated to the case, which has become known as the Gilgo Beach murders. Hart said that the website will be a platform where police will release any evidence they feel is appropriate. It will also have a section where people can submit tips.

As of Thursday afternoon, the site was not functional.

Hart announced at the presser that the local investigators, along with federal partners, are “utilizing new scientific advances to expand our investigative capabilities.” She said they were granted approval by the New York State Department of Health to provide the FBI with DNA samples of their victims so that they can be uploaded to genealogy websites to look for possible matches, a method used to catch the man alleged to be the Golden State Killer.

Johnny Ray, the lawyer for 23-year-old sex worker Shannan Gilbert who was found dead in the Gilgo Beach area in 2011, held his own press conference on Thursday ahead of the police presser. He said he has been fighting the Suffolk Police to have them release a 911 call made by Gilbert the night he believes she died as well as 911 calls made by the neighbors of the john she was seeing that night.

Investigators found the first remains connected to the suspected serial killer or killers on Gilgo Beach while searching for Gilbert after she vanished in late 2010. Within days, three more bodies were found nearby. More bodies were found along that area over the course of the next year, including Gilbert’s, but she has not been included in the body count of 10. Investigators stated they believe her death was not related.

The State Supreme Court ordered the Suffolk Police to release the tapes in 2018, a decision that the Suffolk police have appealed, Hart said Thursday. When questioned by a reporter at the press conference, Hart said the 911 calls are part of an ongoing investigation and noted that it’s unclear if Gilbert died of natural causes or if she was killed in a criminal act, explaining Gilbert does not match the pattern of the other homicides.

Ray argued at his own presser that if Gilbert is not considered a victim of foul play, then the 911 calls should be released.

No arrests have ever been made in the investigation.

“Lost Girl,” a film based on the events surrounding this case which focuses on Gilbert’s mother Mari Gilbert’s efforts, is set to premiere Jan. 28 at the Sundance Film Festival. It comes to Netflix on Mar. 13. 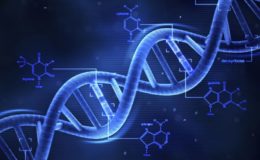