A Chinese man applying for a permanent resident visa has been asked by Immigration New Zealand to take a DNA test with his daughter because his wife had the child two years before they were married.

His immigration adviser, Tuariki Delamere, has hit out at Immigration (INZ), saying the request was “outrageous and offensive” because the couple had provided a Chinese birth certificate with their application that had been initially accepted by the agency.

The man did not want to be named or interviewed for this story and would not provide a privacy waiver, but authorised Delamere to speak to the Herald on his behalf.

“But the issue here seems to be, why do they doubt the integrity of a Chinese Government-issued birth certificate?” Martin said.

INZ operations support manager Michael Carley said he could not comment on the specific circumstances of this case without a waiver, but said the agency sometimes required applicants to take DNA tests.

“In some cases, INZ may request DNA evidence to demonstrate a child is biologically related to the parents,” Carley said.

“This occurs typically in cases where there is not enough documentary evidence to prove a legal relationship between the parents and the child. Establishing this relationship is essential to guard against identity fraud, people smuggling, and people trafficking.”

Whether a visa application is approved when a DNA test showed the child was not related to the applicant depended on the circumstances of the individual case, he said.

“INZ will accept children who are born outside marriage to be included in their parents’ visa applications. Immigration instructions allow for a child to be recognised as a ‘dependent child’ when the parents are not married,” Carley said.

The Chinese couple, along with their daughter, now 26, and son, 23, were approved for residence in July 2016.

But when they applied for permanent residency in October last year, INZ wrote back a month later requesting the man and his daughter take a DNA test to confirm their blood ties.

In an email, an INZ officer explained the reason for the request: “As [the daughter] was born two years prior to your marriage and due to a lack of evidence that would indicate that she is or is not your daughter”.

Concerning her birth certificate issued by the Notary Public Office of Gaobeidian City in Hebei, China, the agency had doubts the information was correct.

“The information could be taken to indicate that [the daughter] may be the daughter of [the mother’s] older sister.”

The officer requested: “It would appear as though one of the most appropriate courses of action to follow at this point would be for you to undergo a DNA test with your daughter.”

Delamere said he found this extremely offensive because six of his grandchildren from three of his children were born before their parents got married.

“I am astonished that INZ is now operating a policy regime that a child is not the child of its parents if the parents were not married at the time of their birth.”

Delamere claimed he was shocked also at the agency’s assertion that the mother had a sister because she has only one other sibling, her brother.

Through an Official Information Act (OIA) request, Delamere found allegations had been made against his clients to INZ through its AMS customer interaction system late last year, but the content was not released.

Delamere said the man and his daughter would not be taking the DNA test to prove they were biologically related.

“He says he feels insulted at the baseless and false allegations that INZ are making against him,” Delamere said.

“To accede to [INZ’s] request will mean that he is accepting that INZ is justified in making its baseless and false allegations.” 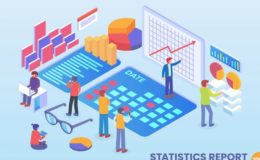