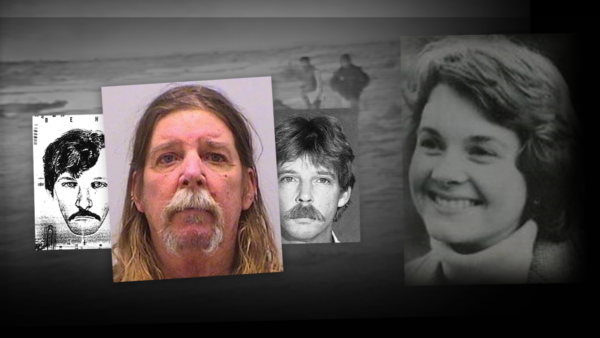 James Clanton has pleaded guilty to murder in the 1980 killing of Helene Pruszynski.

CASTLE ROCK, Colo. — A Florida man has pleaded guilty in the 1980 killing of a young woman in Douglas County in what is believed to be the first conviction in Colorado resulting from a new investigative technique that uses genealogical research to identify killers through their relatives.

James Curtis Clanton, 61, known as Curtis Allen White at the time of the killing, pleaded guilty Friday to a charge of first-degree murder in the death of Helene Pruszynski, of Castle Rock. Three other counts of murder and a kidnapping charge were dismissed in the plea, according to court documents.

Pruszynski was found sexually assaulted and stabbed to death in a field off Daniels Park Road on Jan. 17, 1980. Authorities believed she was abducted a day prior near Broadway and Union Avenue in Englewood while walking from a bus stop, according to the Colorado Bureau of Investigation. She had just left her internship at KHOW radio for the day and was returning to her aunt and uncle’s home, where she was staying.

Douglas County Sheriff Tony Spurlock said the Pruszynski case went cold within a year after detectives were unable to identify a suspect.

According to an arrest affidavit, the suspect left behind semen on Pruszynski’s body and clothing, leaving open the possibility of someday identifying the man through his DNA.

The case was reopened in 1998 and detectives developed a DNA profile for the suspect and compared it to a nationwide database of known offenders, but there were no matches and the case once again went cold.

It wasn’t until last year that detectives were able to take advantage of new technology in the field of forensic genealogy, also known as genetic genealogy. They worked with two private companies, Colorado-based United Data Connect and Virginia-based Parabon NanoLabs, and used information on genealogy sites like ancestry.com to narrow their search.

By utilizing those services, investigators were able to develop possible family trees for the suspect and identify potential relatives. Detectives were then able to narrow their search to Clanton and his brother.

Clanton’s brother was ruled out as a suspect because his DNA didn’t match what was left behind at the crime scene, according to the affidavit.

Investigators eventually were able to match Clanton’s DNA with the DNA from the scene after they obtained a beer mug that Clanton had drank from at a bar in Lake Butler, Florida. That DNA from the mug matched the DNA found at the murder scene , according to the affidavit.

Clanton was not charged with sexual assault in the case, since the statute of limitations had expired. He is scheduled to be sentenced April 10. Clanton faces up to life prison; however, because of the law in place in 1980, Clanton can apply for parole after serving 20 years.

“While we were prepared to go forward at trial, we are pleased that Mr. Clanton made the decision to plead guilty. I am very proud of all the hard work and dedication that was put into solving this case,” Spurlock said in a news release Friday. “We sincerely hope that this brings closure one step closer for Helene’s only surviving sibling as well as the many friends she had.”

The investigative technique has been on the rise over the last two years, the most notable case being the arrest of the Joseph James DeAngelo, the alleged Golden State Killer in California.

But the technology has been used in several investigations in Colorado, too, including the arrest last year of 58-year-old Michael Whyte in the 1987 killing of Darlene Krashoc, a soldier at Fort Carson. Whyte remains in custody and his case is pending.

In September, the Jefferson County Sheriff’s Office announced Donald Perea as the man who killed and sexually assaulted Jeannie Moore, a teen who was found dead in 1981. Perea died in 2012, years before the investigators connected him to DNA discovered in the case.

In January, Aurora police announced a suspect in the killing of Tangie Sims, 25, whose body was found in an alley in 1996. Wesley Backman, who died in 2008, was identified as the suspected killer through genetic genealogy.

Discovering My Incredible Genetic History – View from the Bleachers – seattlepi.com

Discovering My Incredible Genetic History – View from the Bleachers  seattlepi.com