Visit This German Castle Where DNA Was First Discovered – Smithsonian.com

Biologist James Watson and physicist Francis Crick are often credited with the discovery of DNA. In 1953, the pair modeled the double helix structure of it, thanks to an x-ray of DNA obtained by researcher Rosalind Franklin—a finding they said unveiled “the secret of life.” But it was Swiss chemist Friedrich Miescher who actually identified nucleic acid, what we commonly know now as DNA. Unfortunately, he didn’t know what he’d found at the time—and so he was largely overlooked throughout history, the glory of DNA’s findings relegated to later researchers who used Miescher’s experiments as a foundation for their own work.

In 1869, Miescher was a biochemistry student at Germany’s University of Tübingen. He worked under the tutelage of Felix Hoppe-Seyler, the biochemist who studied and named hemoglobin, in a former kitchen converted to a lab in 1818 in Tübingen Castle, originally built during the Renaissance atop older ruins. The lab itself was one of the biggest and best equipped of its time; most medical facilities didn’t have their own lab at all.

“At that time, biochemistry was a relatively new field of science and researchers only recently became aware of how to deduce vital processes from living organisms by means of experimental chemical approaches,” says University of Tübingen masters graduate and museum tour guide Martin Groß. “Saying these people were groping in the dark in a way of trial and error would underrate their potential of what they were able to do and plan. Instead, research in the lab of Hoppe-Seyler was curiousity-driven and inspired by the intent to capture the very chemical basis of cells and tissues of most diverse range.”

Miescher didn’t set out to discover anything about DNA; he was actually researching leukocytes, or white blood cells. His method was on the more unpleasant side. He worked together with a local clinic, who supplied him with used bandages. Miescher would then wash the pus off the bandages and filter out the leukocytes in order to determine the exact proteins in white blood cells. Instead, 150 years ago, he found something completely unexpected—a non-protein substance with a high phosphorous content that no one knew about. He named it “nuclein.” In order to investigate it more, Miescher took pepsin, a digestion enzyme, out of pig stomachs and used it to dissolve everything in the pus cells except the nuclein. That remaining substance was later renamed nucleic acid, and then deoxyribonucleic acid, commonly known as DNA.

Both Miescher and his teacher, Hoppe-Seyler, were skeptical of his discovery of this new substance. According to Groß, Miescher surmised that his nuclein held the keys to heredity—but then tossed that idea aside, incorrectly deducing the substance was just a phosphorus store and genes were actually made of protein, which was a common belief at the time. As a result of his discarded suggestion and the prevailing genes-are-protein idea, he gave his paper about the discovery an unfortunate title: “On the chemical composition of pus cells.” Hoppe-Seyler wanted to be sure his student’s work was correct, so he repeated the experiments before publishing the paper in 1871. Miescher’s work went largely untouched for decades, until the 1930s, when Oswald Avery at the Rockefeller Institute in New York began working to straighten out the incorrect public opinion that genes were proteins.

Today, the lab Miescher worked in to discover DNA is a 700-square-foot museum at Tübingen Castle. An original test tube, still labeled with Miescher’s handwriting, is on display in the museum, containing isolated nucleic acid that he collected from salmon sperm. It’s inconspicuous—a single test tube in a row of others, with chunky remains of an organic seal at the top and coarse light brown powder (the nucleic acid) at the bottom. Opposite the test tube is a 3D animation of DNA and gene expression projected around a lab flask, designed to visually express Miescher’s discovery. Hoppe-Seyler has a presence in the museum as well, in the form of a lab manual from 1870, two volumes of his self-published scientific journals and an inventory register from when he took over the lab in 1861.

The museum, owned by the University of Tübingen, opened in 2015, keeping the bones of the lab, which closed in 1875, intact. Miescher’s test tube is in almost the exact spot where he worked. A lighted wall nearby displays lab equipment, vessels and tools used by Miescher and other researchers during the 1860s. The museum’s collection also includes historical preparations of different substances, like the natural dyes cyanin and delphinin, and old photographs of the lab.

An interactive display catches the attention of visitors, as well.

“Visitors are always fascinated by the possibility of being able to perform microscopy with a smartphone,” says Ernst Seidl, director of the museum and an art history professor at the University of Tübingen, referring to the interactive portion of the exhibit allowing you to use your phone to do some mock lab work. “This is a special scenographic and museal feature that works amazingly well.”

This exhibit and others show how biologists after Miescher—Watson and Crick included—were able to build on his discovery. Beginning in 1881, German biochemist Albrecht Kossel worked off Miescher’s research to determine the exact chemical makeup of nucleic acid. By 1944, the composition of DNA—a white stringy substance—was determined. Then Watson and Crick, along with Rosalind Franklin and Maurice Wilkins, figured out that DNA was made of long molecules twisted together in a double helix structure—a finding that Watson and Crick published in the journal Nature in April 1953.

“Everyone should be informed about the discoveries of Felix Hoppe-Seyler and Friedrich Miescher,” Seidl says. “[Those discoveries] are the essential prerequisites of life and genetic engineering. DNA research and everything related to it are the cutting edge sciences of our time. Without the knowledge of their history it will be difficult to understand our existence.” 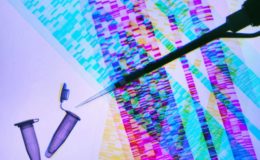 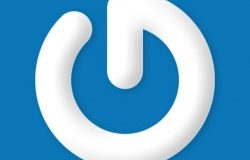 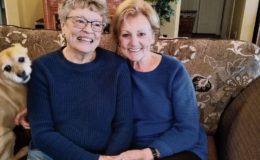