“How much do you think it weighs?” Mike Hoover asked Thursday afternoon as his neighbor, a passerby and his little niece admired the largest pumpkin to come out of Hoover’s backyard pumpkin patch this year.

Four-year-old Serenity Harrison couldn’t lift it off the ground, of course. Nobody expected her to. But she did succeed in rolling it a little, just before Hoover explained it weighs 48 pounds.

The avid pumpkin grower revealed another secret — a hint someone had once shared with him. “If you put sour milk in the vine, a lady told me, that makes it grow more.”

The bright orange heavyweight, which might also attribute some of its size to Miracle-Gro, won’t be getting any bigger. It’s off the vine now and decorating the front yard of the home where Hoover lives with his sister, Lisa Vanderhoff, in Wilkes-Barre.

Meanwhile, other pumpkins are still growing in the backyard, behind a fence that Hoover hopes will keep any hungry raccoons away.

For Hoover, part of the fun of growing tomatoes, cucumbers and pumpkins has been showing Serenity how to plant the seeds, passing along information he gleaned from his stepfather and from a teacher at the voc-tech school he attended.

When he comes home from work — Hoover washes dishes at the Westmoreland Club in Wilkes-Barre — he likes watering the vegetables. “At night, after the sun goes down,” he specified.

Entering a pumpkin in a fair competition or maybe making a pie from one of them is something he might like to do one day, Hoover said. But he’s more likely to use his crop of pumpkins for jack o’lanterns — and in the meantime, to simply enjoy watching his garden grow.

Mike Hoover rotates one of the pumpkins in his backyard garden in Wilkes-Barre.
Mike Hoover checks on a yellow pumpkin that is growing in his garden, along with the orange ones.
Serenity Harrison tries to move the largest of the pumpkins her uncle, Mike Hoover grew this year. The pumpkin weighs 48 lbs. 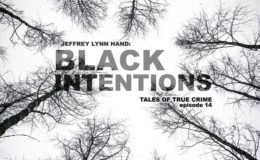 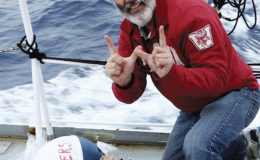 Where did the Jewish people come from? – The Jewish Standard

Where did the Jewish people come from?  The Jewish Standard 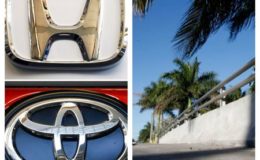