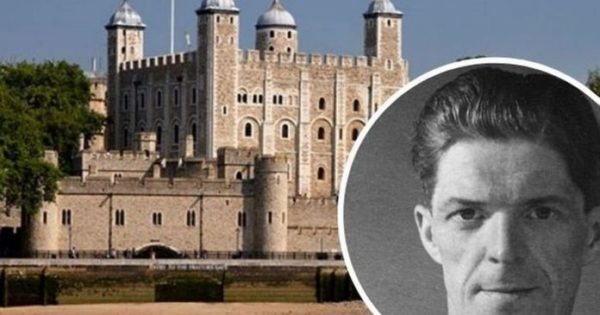 People love doing genealogy and learning about the stories of generations of their loved ones.

You have programs like Who Do You Think You Are, Ant and Dec’s DNA Journey and My Grandparents’ War, where celebrities trace their lineage and discover everything from royal heritage to murderous families.

A MyLondon reader was quite surprised when she read our article on the last man executed at the Tower of London, Josef Jakobs, and recognized the family name as his own.

She got in touch to ask questions about our research and see if we could help her deepen her roots.

Jordan, 24, living in the United States, said, “Growing up, I heard stories of a great uncle who was a spy for the Nazis. No one ever really knew where these stories or how they started because my father was next to the family has always been a little fractured.

“Although I know that my father’s grandparents came from the United States of Germany – he told me that his grandmother spoke German to him when he was a child.

“When searching on Google, I found the story of Joseph Jakobs and I can’t help but think it must be him. His features are strangely similar to mine and to some of my family members. dad.”

We responded by sending a link to one of the articles we used in our research, which was written by a woman, Giselle Jakobs, who believes she is Josef’s granddaughter. She had done a lot of research on her family tree and had solid evidence to back up her theory.

A week later, we received another email from Jordan.

She said: “I was able to get in touch with Giselle and we understood that I am indeed linked to Josef Jakobs. How? We are not yet sure but she could see that there was no Jakobs in New York – where my family comes from – before 1930.

“She was also able to confirm that my great-great grandparents came from Germany to the United States. Apparently there was no other Jakobs in Germany other than her family. She is now working to restore our tree to see where the link is. ”

“I would love to meet Giselle – just like my father and my sister – so maybe one day we can all meet at the Tower of London. I’m so excited to be on this trip to learn more about the story of my father’s family – Thank you very much for all your help. “

Whether in old schools, shops or missed discos, you want to have a last drink, you can post your nostalgic photos in this group to see who else can remember.

You can also share your stories from north, south, east, west and central London and connect with others.

Jordan promised to keep us informed of any developments, and maybe one day we can meet the woman who discovered her heritage from an article on the history of MyLondon.